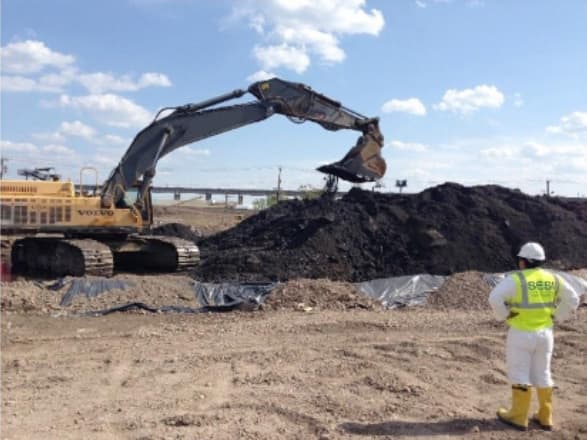 So you've found PCBs at your site ­ but what are they? PCB is an acronym for polychlorinated biphenyl, a chemical compound that was widely manufactured during the first part of the 20th century. PCBs were discovered in 1865, first synthesized  in  1881,  and  were  not  commercially  manufactured  until  1929. There  are  over  100  configurations  of  PCBs  that  were  previously  used  in industry. The company Monsanto, which was the only North American producer and the largest world producer, sold the compounds under the well­known trade name of Aroclor. Unfortunately, no one anticipated that these compounds would leave a widespread environmental impact on the world that has persisted to this day.

PCBs were originally hailed as an "industrial miracle" due to their chemical stability, non­flammability, electrical insulating properties, and high boiling point. They were used in a broad spectrum of applications including in oils to insulate transformers and capacitors, lubricants, flame retardants, inks, hydraulic oil, cutting oil for machining, plasticizers and rubbers, pigments, paint additives, carbon  duplicating  paper,  fluorescent  light  ballasts,  adhesives,  caulking, thermal insulation, and even as a dust suppressant. PCBs were used extensively throughout the 1930's and 1940's. There were very few workplace health standards in place at the time and little was known about the adverse effects  of  handling  PCBs.  Harmful  health  side  effects  became  linked  to exposure to PCBs after several decades of their use. It wasn't until 1979 that the compounds received enough attention that they were banned by the United States Environmental Protection Agency (USEPA). Companies that manufactured   and/or   used   PCBs   have   been   found   responsible   for contaminating large tracts of land and water bodies with these compounds.

The environmental impacts of PCB use are still a challenge today, as they do not readily break down in the environment and in most cases still persist in areas where they were originally used and disposed. PCBs are absorbed by eating  or  drinking  contaminated  food  and  water,  inhalation  of  dust,  or absorption through the skin. PCBs bio­accumulate in human tissue and have been linked to several types of cancer, fertility problems, child development issues, and immune system deficiencies.

The USEPA Toxic Substances Control Act (TSCA) governs the remediation of PCB   "bulk   remediation   waste."   The   USEPA   TSCA   regulations   takes precedence over state environmental programs with respect to PCBs. Sites containing high levels of PCBs need to be remediated in accordance with the TSCA regulations. These regulations are extensive and have been designed to protect human health and the environment.

SESI Consulting Engineers can help you navigate the USEPA guidelines for investigating and remediating PCBs on your property.

State of the Market – State of Environmental Site Remediation